The FEI General Assembly took place in Moscow Russia today (19th November 2019) and it turned out to be a sad and frustrating day for bitless campaigners and riders, namely eventers as it was officially announced on the website ‘The General Assembly unanimously approved all modifications to the Eventing Rules.’

The rule change was proposed earlier this year with no evidence put forward to support the change of rule, except the event of a hackamore noseband breaking which lead to the rider losing control and sustaining injuries from bailing off the horse. However this has happened so often with bits, broken reins, broken bridles etc and often as a story featuring in magazines with a humorous tone. But more importantly it is worth noting that in the history of Eventing there have been no deaths recorded while riding in a bitless bridle. A good argument was put forward from various organisations, gaining support from equine and welfare charities around the world who agreed that there was neither the evidence nor the mandate to ban bitless bridles.

The question is, will those federations who supported bitless ignore or enforce the FEI decision?

Official comments received on the proposal were as follows

– GBR NF
GBR supports permitting hackamore / bitless bridles. GBR is not aware of any evidence or
reason to suggest that hackamores/bitless bridles should not be used. GBR would request
publication of any data in relation to this theory. GBR feels that a rule change is not
necessary and will not be applying any such change to NF competition rules. Ditto
neckstraps.

– USA NF
The USEF does not support this change and would ask for the FEI to provide further
clarification as to how the use of bitless bridles on cross country presents concerns for risk
management. History would seem to show that correctly fitted bitless bridles have
successfully and safely been used for cross country.

For Risk management reason, the Eventing Committee proposed to maintain the proposal for the following reason:
After large consultation with the professional riders it was determined that bitless bridles are not effective enough in longer distances that upper level competition (International) requires, therefore taking Risk Management considerations Bitless bridles should not be allowed at XC at FEI competitions.

Bitless bridles work very well in a controlled environment but the speed element in XC lessens the effect on longer distances. Maximal communication between Horse and rider is of outmost priority on XC and it is imperative that riders have the possibility to use all means of communication available to communicate with the horse.

For Cross Country, hackamores without bits are not allowed and the lower cheek (lever arm) may not exceed 10 cm on any bit.

For Cross Country, bitless bridles are not allowed

Not happy with the decision?

David O’Connor, Chair of the Eventing Committee, in his letter to the stakeholders last year, stated that he felt the committee’s role is to “be a listener and work to address the issues facing the sport worldwide, hear the various concerns, and work to drive better communication between itself and the national federations,” and that the committee “should not consider itself a directorship, but rather a center for meaningful discussion and problem solving.” 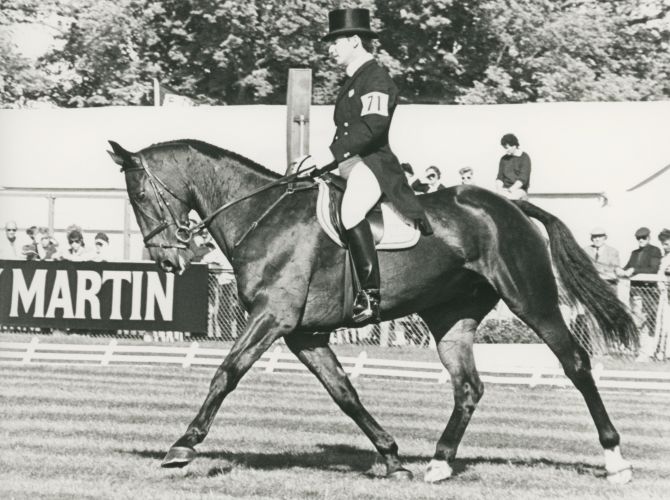 As David has offered to be a great listener it would be perhaps a good idea to write to him with your views on the decision. We couldn’t find an official FEI contact, however you can email David’s office [email protected] Tweet him @OCEquestrian or simply contact via Facebook.

In other more promising news Roly Owers, Chief Executive of the equine charity World Horse Welfare, gave a powerful presentation on the commitment to the horse-human partnership and the ongoing challenges it faces.

World Horse Welfare “believe it is legitimate and morally right to involve horses in sport – so long as their welfare is put first, above all other considerations, commercial or competitive”, he said.“Bad practice in horse sport has real consequences for us all: the welfare agenda is being hijacked by people who do not know enough about equestrian sports or simply disagree with people using animals for entertainment or competition.” He talked about nosebands and bits, and the importance of bridle fit in preventing oral lesions. He advised delegates that Dr Rachel Murray, who made a presentation to the World Horse Welfare annual conference in London last week, will be working with the charity to produce practical guidelines on bridle fit.

“World Horse Welfare has long said that it is not the type of tack or aid that is the risk to horse welfare, but how it is used. A key aspect of the social licence is to challenge the status quo of all aspects of how we care and train or horses, especially in relation to the latest evidence. Just because we’ve always done it a certain way doesn’t make it right. “We must recognise the growing relevance of social licence, and how it is about reality and perception. We need to constantly challenge ourselves and to keep on top of the latest research, and invest in more. And above all we need to constantly explain to people and show them what we really mean by the horse-human partnership.” Find out why I am so passionate about bitless and hear from 2* event rider Niamh O’Carroll and Equine Massage Therapist Robert Walsh.